← Prev: Innovation Week Awards for LOG.. Next: Acceleration across discipline.. →


I recently had a question from a researcher trying to get a whole bunch of data off of RDS Classic, and onto Artemis HPC. Since we don’t really cover this in the Introduction to Data Transfer Queue and RDS course, I thought it would be the perfect topic for a new Blog post!

Anyone who has ever tried to use Artemis HPC with data stored on RDS Classic has probably discovered that Artemis and RDS Classic just don’t mix. The reason is simple: Artemis is a Linux computing cluster, RDS Classic is a Windows-based file store, and Linux and Windows aren’t really friends.

This is not a problem that most researchers should be having: When you sign up for a Research Data Management Plan (dashR) with Artemis HPC access, you will be given data storage on RCOS, the Research Computing Optimised Storage. RCOS is the University’s Linux-based data store, which connects seamlessly to Artemis.

The issue arises when research groups have existing data they might never have intended to use on HPC, and this data is on RDS Classic, but now they would like to process this data on Artemis.1

smbclient is a Linux command-line tool for connecting to samba (ie Windows) file shares. It works much like any other secure file transfer protocol (SFTP) software. On the command line, this generally means that it will connect you to the host file-server and leave you at a command prompt. For example:

From that smb: > prompt, I can then execute the regular Unix-style commands such as ls, cd, pwd, etc. Most command-line SFTP programs also let you execute those commands on your local computer as well, by appending an ‘!’ or the letter ‘l’ before them: so !ls, !cd, !pwd, etc. NB also that we needed to specify a user domain, or workgroup when connecting, using flag ‘-W’ — your domain may be different on different file shares.

More to the point, you can then transfer files back and forth with SFTP’s standard put and get commands, which will grab or drop files to or from the local or host, at wherever you happen to be in each filesystem.

So far so good, but not so helpful if you need to transfer hundreds or thousands of files. If you simply need to grab everything from a folder, you’re in luck:

In these simple commands, we have asked smbclient not to prompt us before each file transfer; told it to recurse through subdirectories to operate on all files in the directory tree; and then used mget to grab multiple files at once, selecting everything (‘*‘). Or swap in mput to transfer back. But don’t forget to change into the right directories at each end beforehand!

Simple. Now go get that Classic data on and off Artemis! 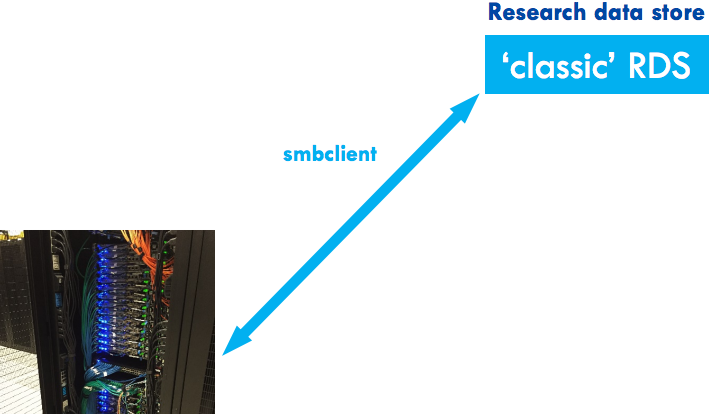 Transferring only some of your big data: A small case study

Unfortunately, you won’t always be working with your whole dataset at the same time, or may not wish to transfer it all. The good news is that smbclient can accept a string of commands using the -c flag, each separated by a semicolon ‘;’, rather like a script. This was the problem that the researcher had come to me with, and here is how we solved it.

with various text around a number. We only needed the numbers, however, as that’s how the data folders were named. So before we could write our smbclient command, we needed to clean up the inputs.

First step, though, was to get this list into a nice Bash variable. What is Bash? Bash is just a command line interpreter, the thing that actually executes the commands you type at a command line prompt. Bash scripting is a big part of using Artemis, so it’s worth learning a few tricks.

This first command loads the text of the subjects file into a variable, called config. In Bash, all variables are referenced using the dollar symbol '$'. Next, we split that text around the commas, and created a Bash array variable from the result. Using Bash’s in-built ‘parameter expansion’, this is all done in one command:2

If, on the other hand, your data list was one entry per line, like a column vector, you could more simply use the cut -f1 command to get the first (or only) column, as

Second, we had to isolate just the numbers. Another simple find-all and replace ('//foo/bar') does most of the work, replacing all non-numbers with nothing:

However we were still left with leading zeros on some numbers, like ‘072’, which did not match the folder names of the researcher’s data. We needed to strip these zeros. The easiest way was to use a ‘remove front pattern’ expansion ('##'), which removes matched patterns from the front of strings. But as the number of leading zeros was different for different numbers, we made use of an extended capability set in Bash by enabling the ‘extended globbing’ option, allowing us to match one or more of a given pattern ('+()'), in this case ‘0’:

Our list variable was now just an array of numbers with no leading zeros, as required!

Finally, we were ready to compose the smbclient script – or in reality, commands string. For this we used a simple for-loop:

In this loop, we iteratively added to a string called smbstr: Each loop, we get the next number from the list array as $id, and append the string “cd $id; get ${id}_data_file; cd ..; “, which enters the subject’s numbered directory, gets the file we wanted, and then exits back out.3 Note how every command is separated by a semicolon ‘;’. Finally, we prepend a call to change into the directory where these folders are located, as we wont be able to send that command separately.

Now that this is all done, we can simply give this big string of commands to smbclient:

Success! If you need help using smbclient, or Bash variable manipulation, be sure to drop us an email! sih.training@sydney.edu.au. 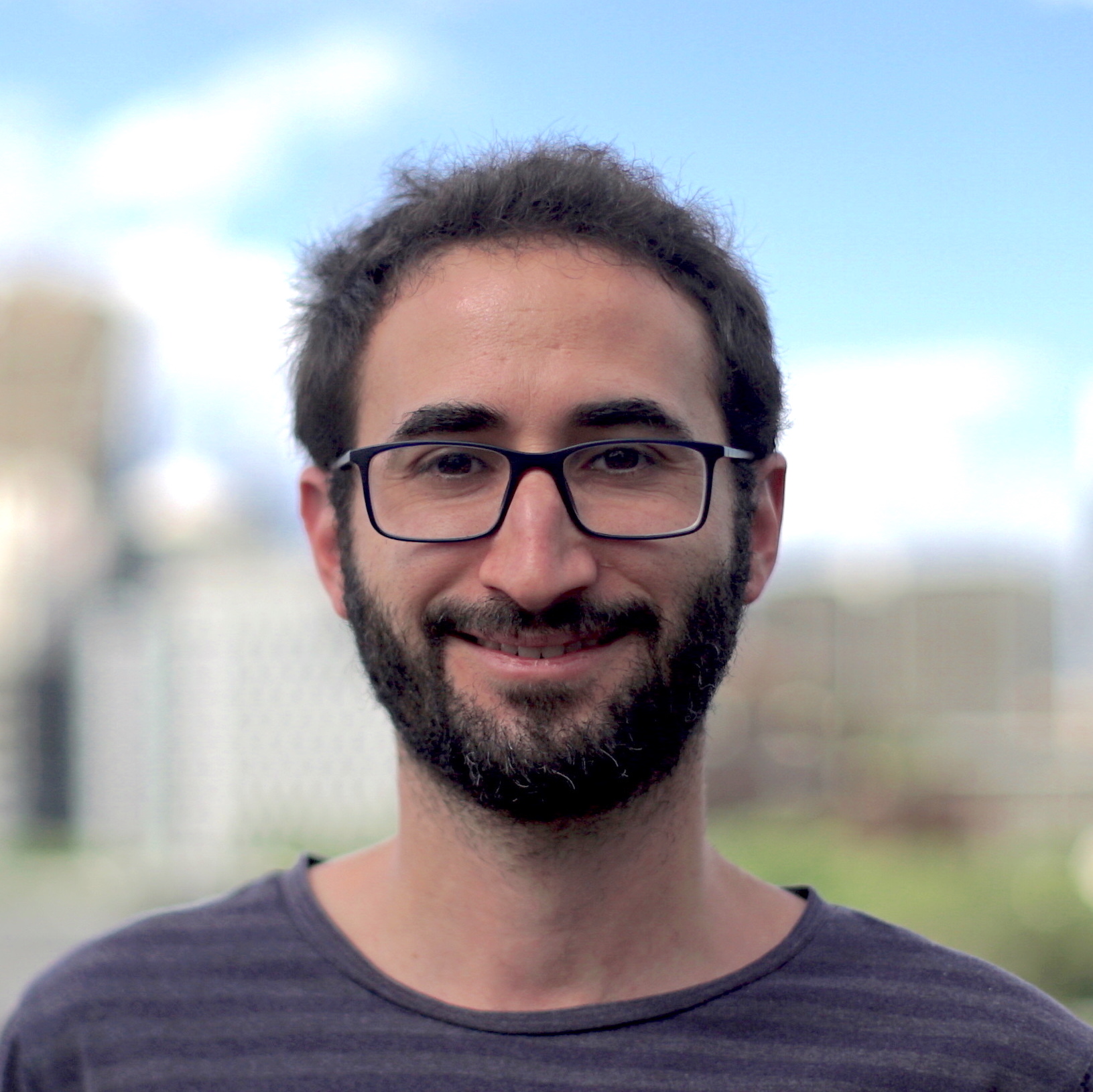 Hayim Dar
Works in in the Research Computing team, focussing on Artemis HPC, modelling and simulation.